«The dual education system is a hugely important achievement - this needs to be communicated much better.»

What does a CEO of a major Swiss company think about the current economic situation? In this interview, Bernhard Emch, Managing Director of EMCH Aufzüge AG, talks about challenges and trends at local and international level. 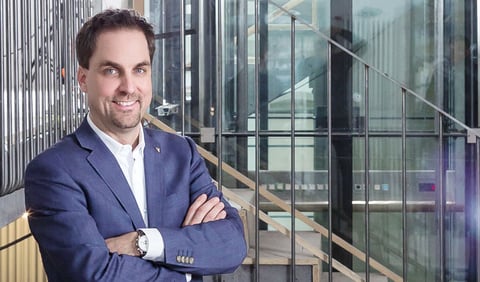 Bernhard Emch, Managing Director of EMCH Aufzüge AG, is convinced that the success of the Swiss economy is based to a large extent on the dual education system. Accordingly, his company invests in the training and further education of its employees. He would like the City of Bern to make it clear to the population how important the economy is for a successful city.

What are the main challenges you see for your company?

Bernhard Emch: I see three topics that are already challenging us today and will certainly continue to occupy us in the coming years. Firstly, there is the issue of skilled workers. We must continue to succeed in finding motivated and well-trained employees - in the crafts sector as well as among engineers. Secondly, we are concerned with the issue of costs. We operate in a market that is dominated by international corporations, most of which produce in low-wage countries. Since we deliberately focus on a quality product manufactured in Switzerland, we are dependent on lean administrative processes, among other things, in order to be competitive. And thirdly, it is currently uncertain where our relationship with the EU is heading. The foreign market is becoming increasingly important for us. The failure of the framework agreement leaves us perplexed. Especially because we don't know what will happen next. One of the reasons why we are setting up an office in France is so that we can circumvent these uncertainties to some extent.

Why is the foreign market interesting for you?

There are practically no more niche players like EMCH abroad. And with our Swiss production, we can offer a high-quality and tailor-made product for which there is clearly a market and increasing demand abroad.

Why are you pushing your presence in France in particular?

We know the French market very well because I myself lived in France for three years and we have been active there for over ten years. We now have numerous installations in the greater Paris area - so many that it now makes sense to set up our own service centre so that we can take over the maintenance business ourselves. At the same time, with this step we are anticipating the aforementioned uncertainties regarding the framework agreement with the EU. 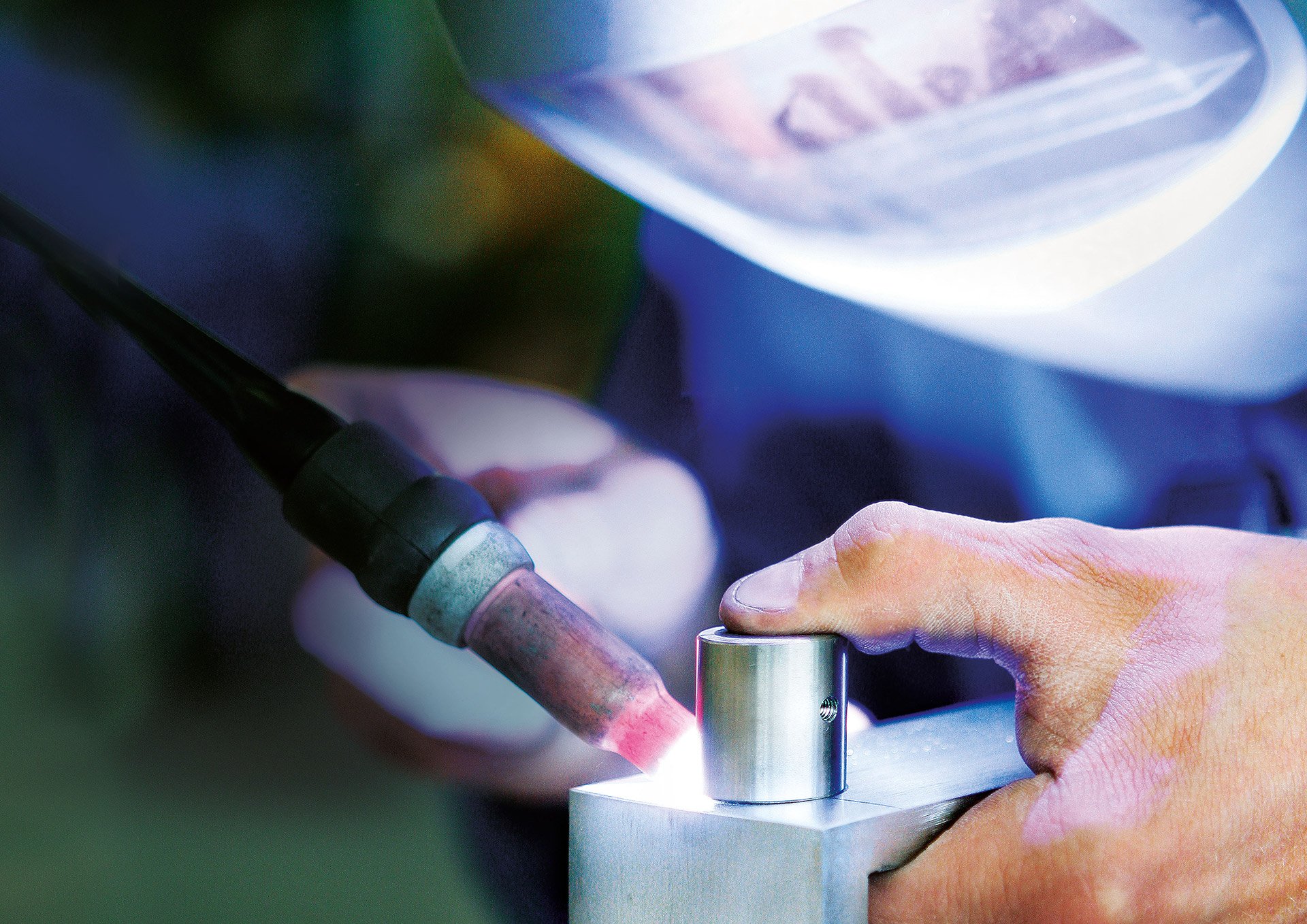 How do you assess the Swiss education system - would changes have to be made here so that there are more skilled workers?

I think that the importance of vocational training is still too low. When I open the newspaper and read an article about education and training, most of it is about universities, research projects and university institutions. That is enormously important, no question. But I miss the same attention when it comes to vocational training. The dual education system is an enormously important achievement of Switzerland, and it needs to be better communicated. I am thinking not least of the secondos in our country, whose parents express the wish that their children should fare better than they do. Most of the time, they mean the possibility of attending grammar school and going to university. The fact that a vocational apprenticeship is just as strong a basis in the education of young people and that one can later take a vocational baccalaureate must be better communicated to the population and also at schools. We as a company are also challenged in this regard.

What do you do to have enough skilled workers in your company?

It starts with the fact that we cooperate with the schools in the vicinity and offer taster opportunities there. We are also involved in the Berne Apprenticeship Fair BAM. But the decisive factor is that we train the good young people ourselves. We invest considerable resources in the training and further education of our employees. A little more than a year ago, we founded the EMCH Academy, among other things, in order to build up and consistently implement an expert career model, to develop training units, to carry out specialist further training, to implement needs-based personnel development tools or to strengthen the interface with the Association Training Centre for Lift Professions Switzerland. Even if this commitment is cost-intensive - it will be worthwhile because it is a sustainable investment in your own employees. 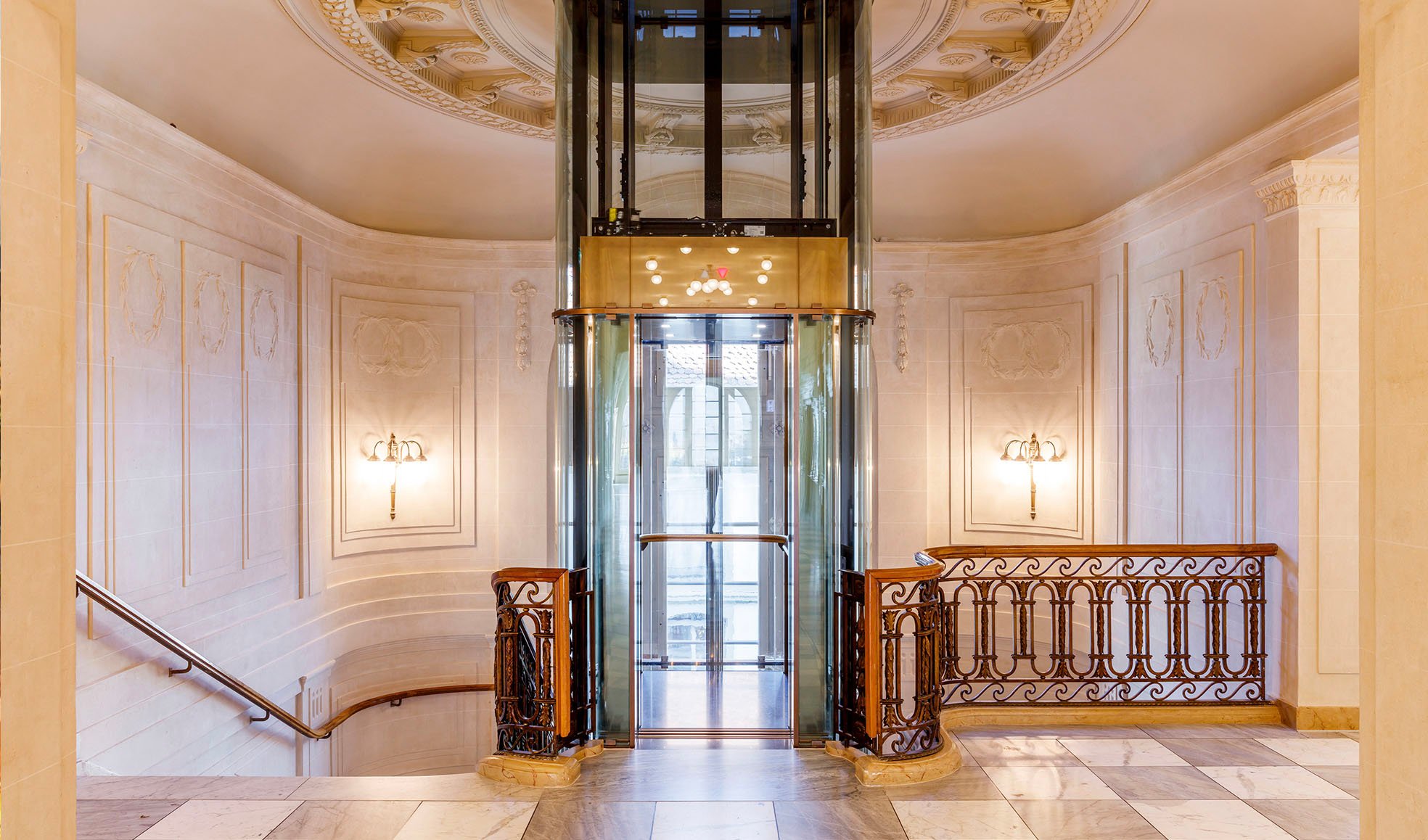 To what extent will digitalisation change your company in the future?

As far as the company is concerned, a lot of what is possible is already digitalised - for example, the entire daily administrative routine. That is a normal ongoing process. The Corona pandemic has had an impact here in that we have implemented certain projects within two or three months that would have been planned for the next year and a half in our IT strategy. With regard to the lift product, digitalisation will certainly bring changes in the future. For example, in the area of service and maintenance of lift systems, internet-based machine-to-machine (M2M) solutions will make new maintenance processes possible, among other things thanks to early detection of problems in the system. And in future it will not always be necessary to intervene on site to rectify faults. But digitalisation will not turn our service work completely upside down. Physical inspection of the lift system is still necessary, if only for safety reasons.

If you look at the regional economic policy framework: Where do you see a need for action?

There are many issues. I headed the Berne section of the Trade and Industry Association (HIV) for ten years. Nevertheless, I am still not clear, for example, about the division of roles between the Bern-Mittelland Regional Conference, the Bern economic region, the city's economic development and the Canton of Bern. It is good that so many institutions serve the economy, but it would probably be more efficient and useful if these efforts were simplified and unified.

How well supported do you feel at the municipal level?

There are two aspects. From personal experience, I can confirm that the people in charge at the city of Bern are really committed to the manufacturing sector. I saw this most recently with the development of the Bethlehem Centre site, which is being launched on the basis of the Chantier Bethlehem West master plan. The site has great potential for a mixed use with living, shopping and working, and also for manufacturing. In this project, all stakeholders were involved in the discussion at an early stage and the city of Bern has shown exemplary commitment. Today, the neighbourhood associations and the population in this part of town are behind the project and have thus also made a commitment to the industry. That is a strong signal.

And the second aspect?

It is the economy as a whole and the tradespeople in particular who feel that they are not being heard or supported enough at the municipal level. I often hear from colleagues that they feel like mere taxpayers, but that the city or the administration is not there for them to the same extent. I can understand this complaint to a certain extent - the fact that the municipal council has hardly said anything about the economy, SMEs or trade in the most recent legislative planning 2021-2024 unfortunately reinforces this attitude. We want to be heard and seen - this is the only way to create mutual understanding for the concerns of business, authorities and politics. The city of Bern should therefore not only support the business community in specific projects, but also make it clearer to the population how important we are for the city.

Does the business community itself have to become more active?

Partly, yes. I am concerned about the increasing division within the business community. More and more often, entrenched ideologies or blinkers on certain issues such as transport or environmental policy prevent the business community from standing together and taking a united stand. We must change this, otherwise we will not be able to draw enough attention to our most important concerns.